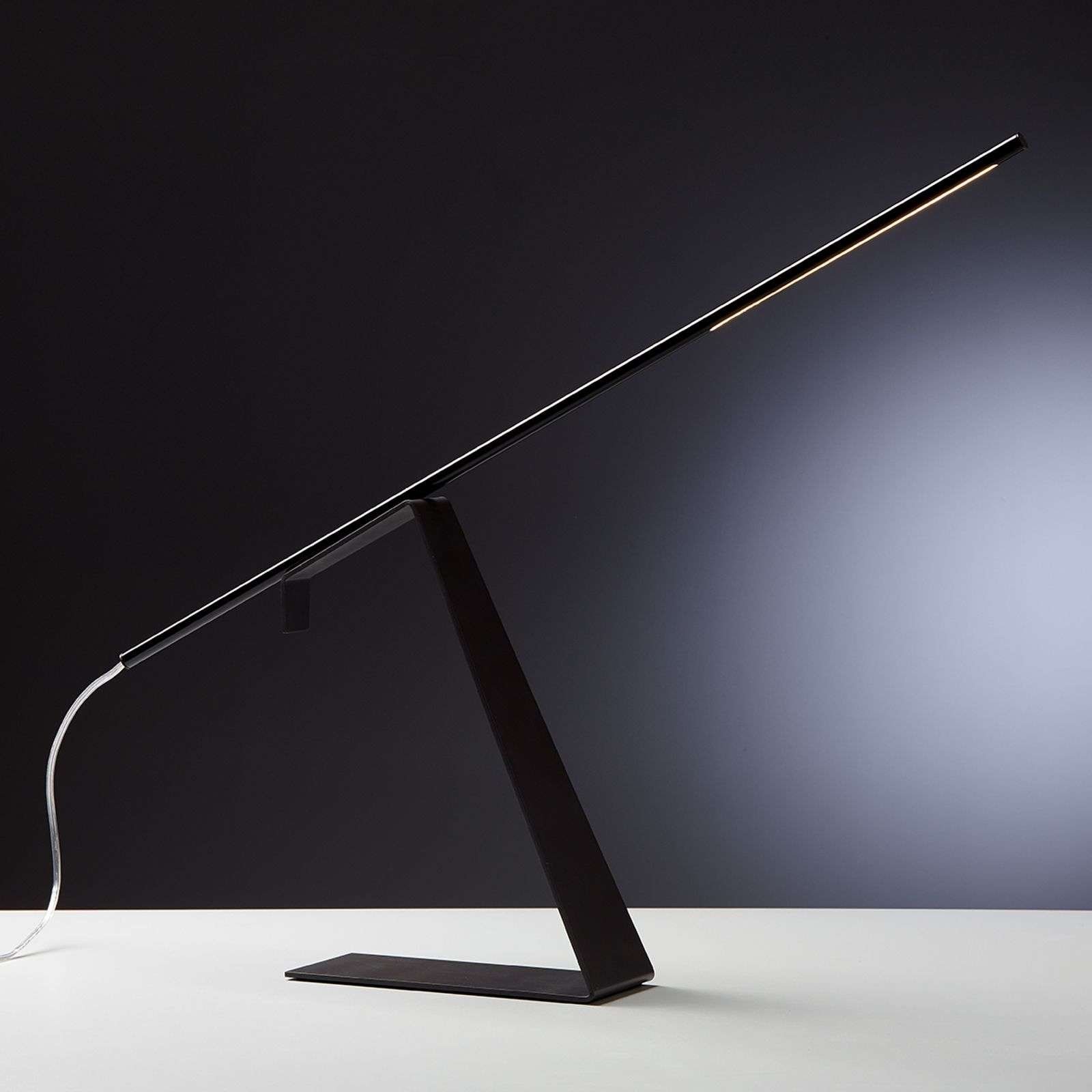 The Jella LED designer table lamp with dimmer is the highlight on any desk The Jella LED designer table lamp is manufactured by TECNOLUMEN and was developed from the design by Lena Schlumbohm, who has already achieved many awards and design prizes with this lamp, including the "interior innovation award" in 2014. The appearance of the LED designer table lamp is modern and puristic, but there is something else that may not be recognised at first glance The components harmonise nicely with each other in the initial position, an LED light rod and the corresponding frame are not permanently connected to each other, but are merged only by magnets. Naturally, this means that you can separate both the components and arrange the lamp in another way. This means the appearance can be changed, making it an eye-catching, extraordinary piece and the light effect can also be altered. If, in addition, you want to change the brightness of the warm white LED light, then you only need to touch the integrated dimmer and another light intensity can be achieved. The high-quality LED technology allows a very low energy consumption and first-class luminous efficiency so that you can keep the light on the desk switched on for a longer period with a clear conscience. Energy efficiency class:A++