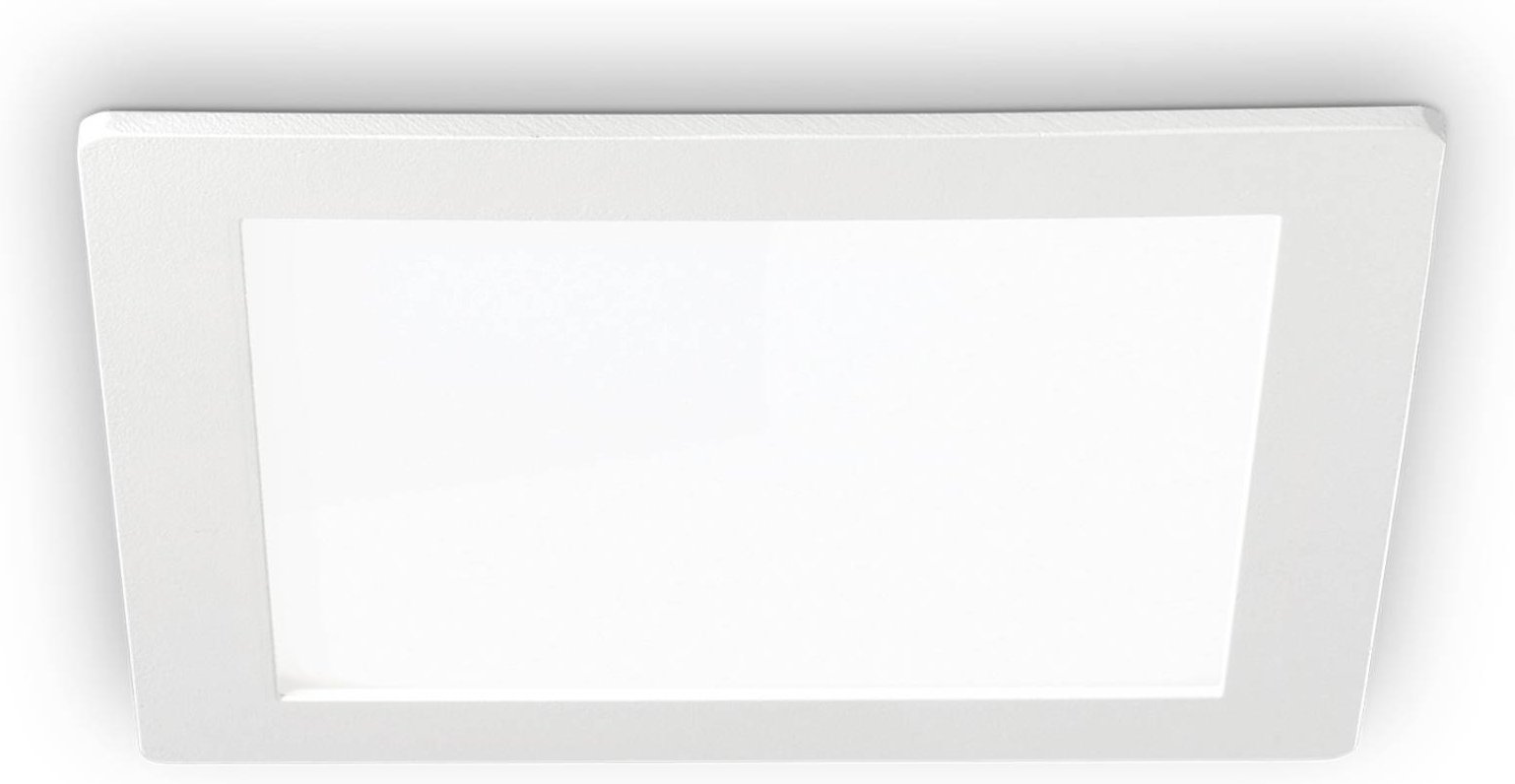 Square LED recessed ceiling light Groove - all white The LED recessed ceiling luminaire Groove is equipped with an angular aluminium frame. Inside it, there is a matt diffuser in a square shape as well. The entire recessed luminaire is white and does not draw attention to itself with any details. The LEDs illuminate a wide area below the luminaire with a beam angle of 90°. Especially in combination with other examples of the recessed luminaire, a room can be illuminated unobtrusively and yet effectively. As a simple and functional light source for kitchens, corridors and break rooms, Groove is made for the job. - Delivery including driver Energy efficiency class:A+