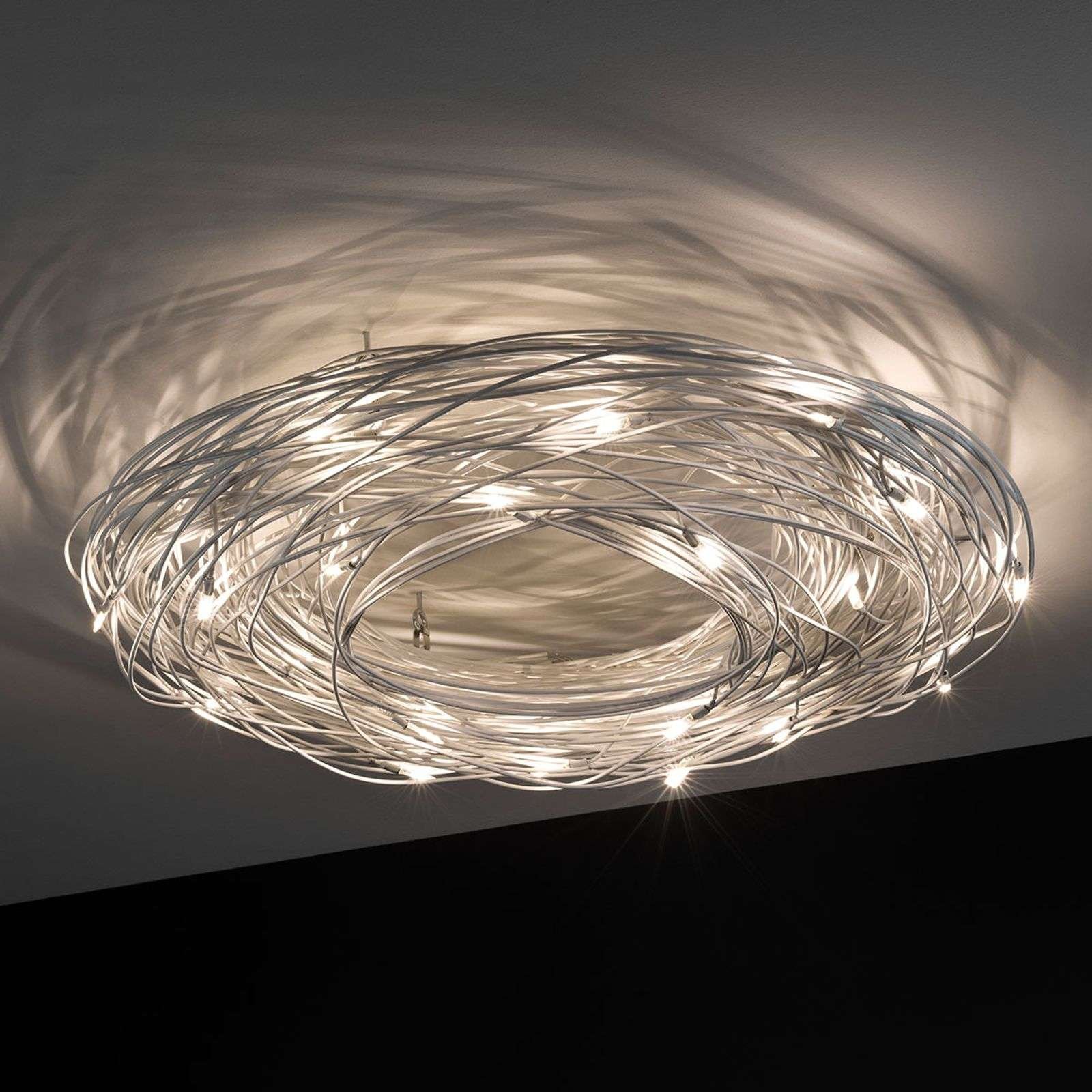 Artistic LED ceiling lamp Confusione made of aluminium The energy-efficient LED ceiling light Confusione is a real work of art for the ceiling. The curved aluminium wire is responsible for the exciting appearance of the lamp. The modern ceiling lamp appears unbelievably sophisticated thanks to the shadows which the light casts on the ceiling. A number of small lighting elements provide a real wow effect. Whether it is in the living room, in the bedroom or in the dining room - if you are looking for a real eye-catcher, you will hardly be able to avoid this unique gem which has been made by hand in Italy in a high-quality process. Whilst the LED ceiling lamp Confusione emits a pleasant light, it appears very popular due to the aluminium wire. This light fits wonderfully into a modern interior design. A driver is included. Energy efficiency class:A+