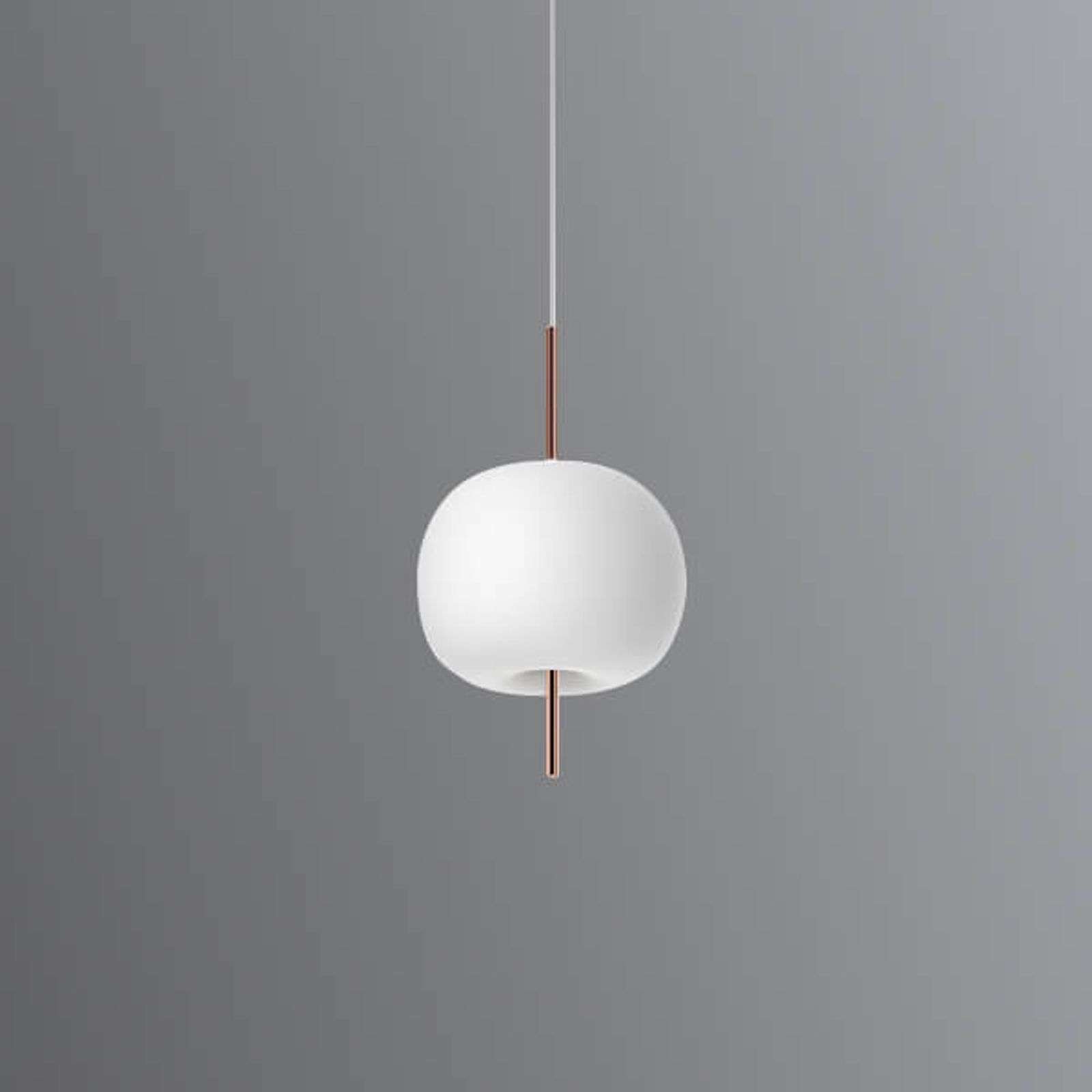 Completely closed lampshade made of glass: Kushi LED hanging light from Kundalini The Italian designers Alberto Saggia and Valerio Sommella together launched the Kushi lighting series in 2015, and thus achieved their vision of a round diffuser which allows for completely glare-free general lighting. Round, soft and organic shapes make up the design of the Kushi hanging light, which consists of etched opal glass. The glass, acting simultaneously as a soft diffuser for the integrated LED board, consists of two layers, and is hand-blown. This diffuser is “skewered” on a copper bar which is visually very restrained, but still provides a sophisticated accent to this mostly white-coloured light. Kundalini - Italian lighting design The designer lights from Kundalini are underlined by a special philosophy: the vision of achieving extra-sensory design and lighting. Upon glancing at one of the statement-making lighting objects from this Milan-based designer lighting producer, all of the senses are triggered - as is the case with the Kushi hanging light, which appears to be very organically-formed and resembles something edible, be it an apple or a marshmallow that has just been toasted on the campfire. Energy efficiency class:A+