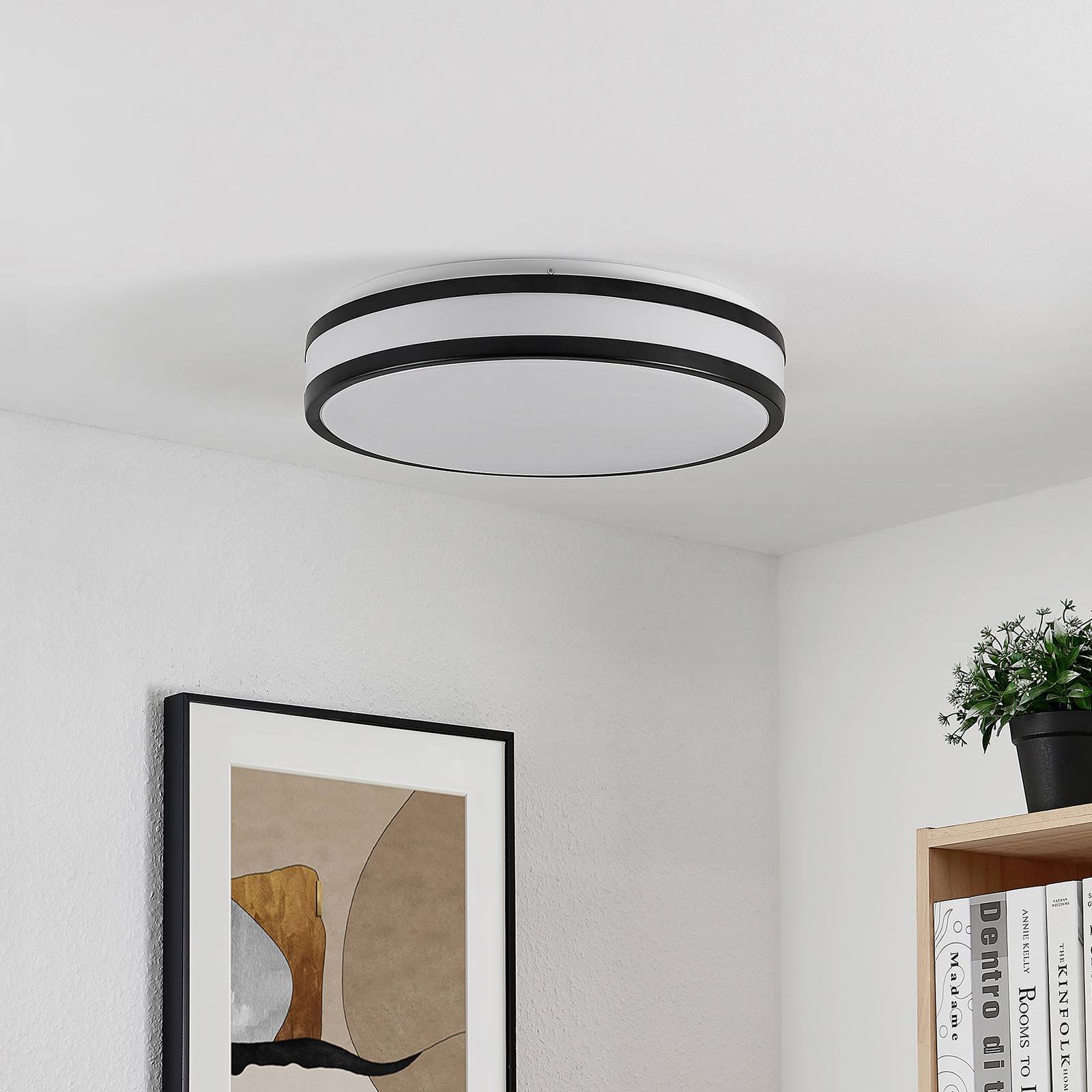 Stylish LED ceiling light Teun in round design in black and white The LED ceiling lamp Teun sets unobtrusive accents on apartment ceilings and convinces with its fashionable design. Its round lamp body sits directly against the wall and is made of iron, aluminium and plastic. Its exterior is kept in black, while its diffuser appears in white. Behind it sit permanently installed LEDs, which generate a warm white light and distribute it pleasantly in the room. Due to its low height, the LED ceiling lamp Teun is also perfect for low rooms and is more space-saving than an overhanging ceiling lamp. The discreet appearance integrates into a wide range of furnishing styles and complements the rest of the furniture. Energy efficiency class:A+