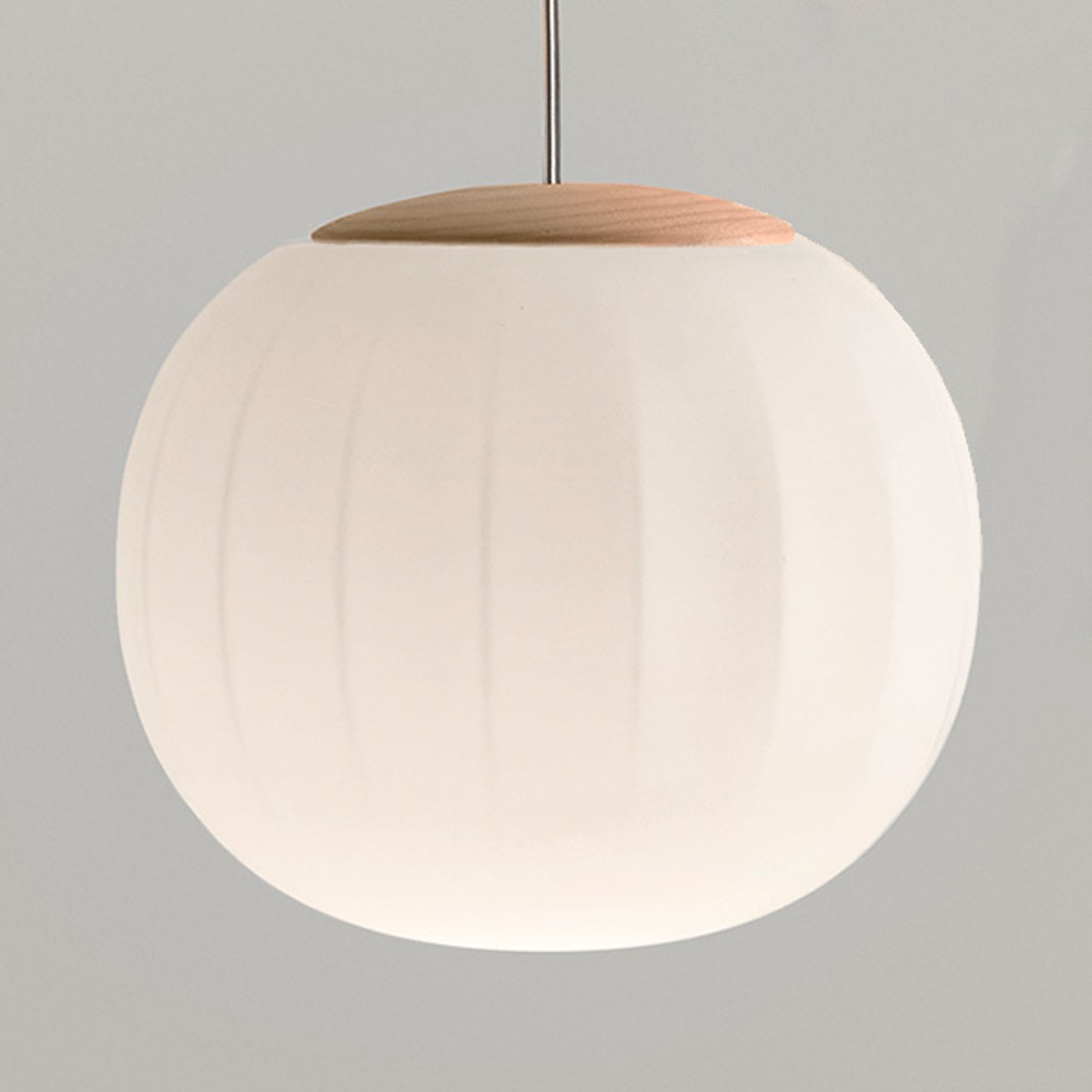 Lita pendant light with a decorative glass lampshade – magical table lighting As a hanging light over the dining table which provides an atmospheric light all around or as a light source for area lighting in the sitting area of the living room – the Lita pendant light is fascinatingly attractive wherever it is used. Its blown glass diffuser emits a soft light in all directions. Vertical peaks have been incorporated into the glass. They produce an atmospheric lighting effect and give the design of the pendant light an elegant touch. The Lita pendant light was designed by the Italian designer David Dolcini, who comes from a family with a tradition of craftsmanship. After his studies and his initial experiences at Luceplan and A00-Architecture (China), he established his own company in Italy and then, in 2012, his own studio in Valencia (Spain), where he works with Luceplan, Porada, Galassia and TossB, amongst others. Some of his designs have been exhibited in the Palazzo dell'Arte, where the exhibition Triennale di Milano is held. In 2009, his MOD furnishing system was chosen for the I.DOT Award. Energy efficiency class:A++