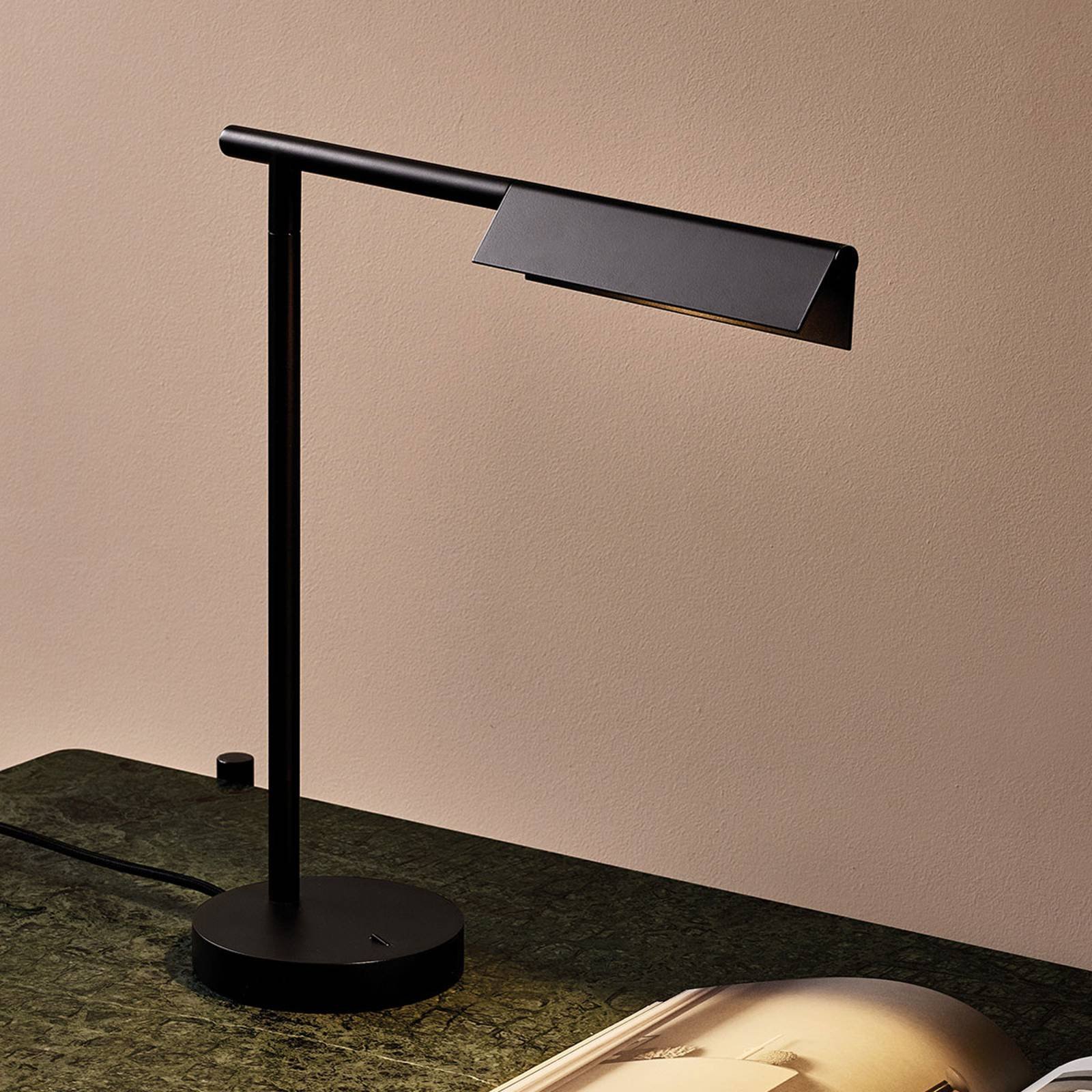 LED table lamp Fold in innovative design The shape and colour design of the LED table lamp Fold can only be described as successful. The minimalist designed lamp is completely made of steel and equipped with a folded shade, which was also decisive in the naming. An energy-efficient, linear LED chip has been installed in this shade, which is covered by a matt diffuser that gently refracts the emitted light. Thanks to the deep-drawn glare shield, the light emission remains glare-free even when the luminaire head is rotated or swivelled by 330 degrees. - Equipped with switch at the base of the luminaire - beam angle: 60 The luminaire is supplied with a pre-mounted plug adapter for U.K.. This can be easily unscrewed when the luminaire is used outside the U.K. Energy efficiency class:A+