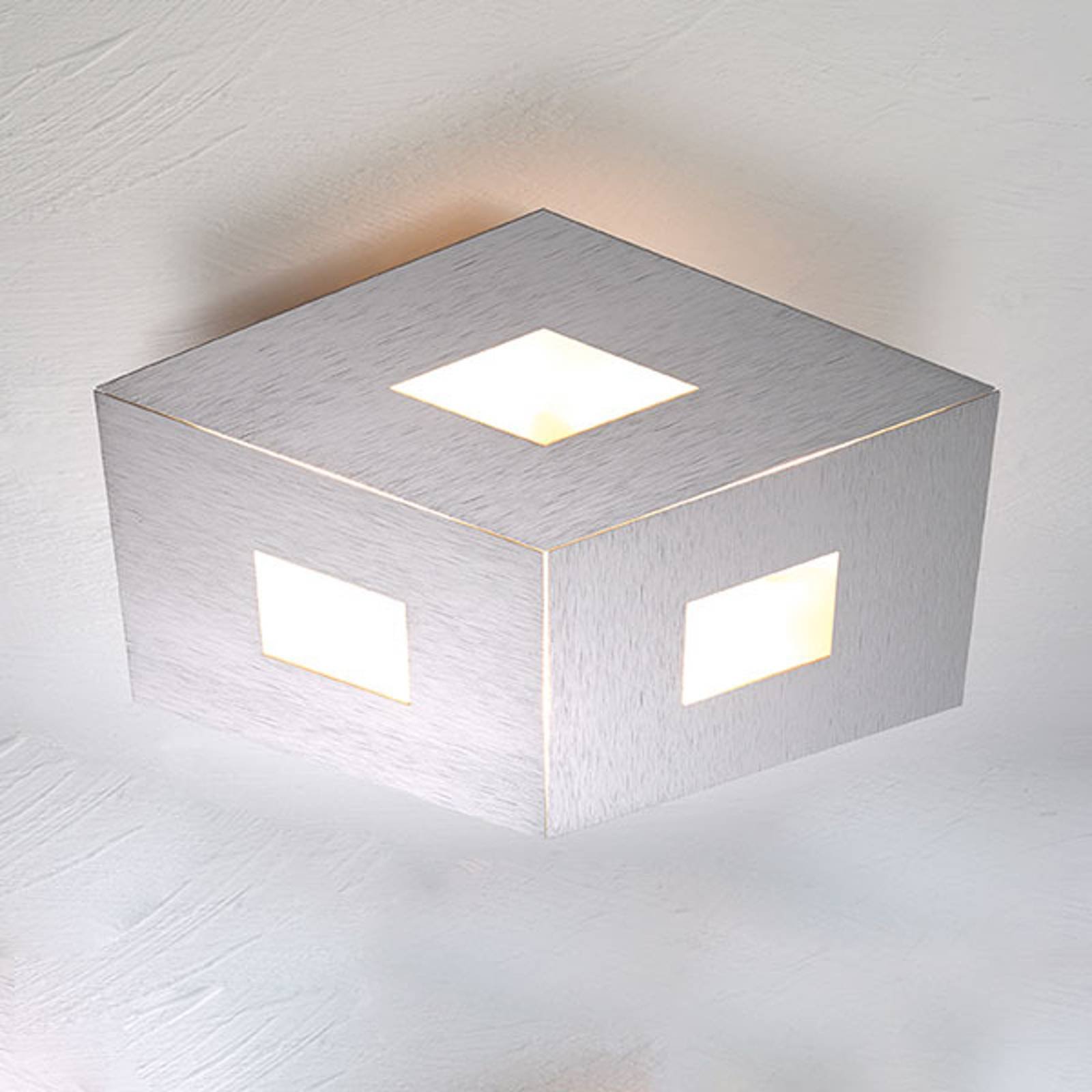 LED ceiling light Box Comfort anodised in silver - an optical illusion This ceiling lamp Box Comfort amazes every observer, because it is a very successful optical illusion. The ceiling light consists of three individual elements with different surface designs, which have been assembled as a hexagonal light to be mounted flat to the ceiling in such a way that the appearance of a three-dimensional cube is created. A sophisticated design, first-class materials and modern LED technology - this combination makes the Box Comfort LED ceiling luminaire a light source that causes a sensation in private living rooms as well as in a wide variety of commercial areas. Behind the three light outlets with frosted covers are warm white LEDs which can be dimmed with a leading-edge or trailing-edge phase dimmer and change the light colour thanks to the "dim to warm" function. At full brightness, the LEDs light up with a colour temperature of 3,000 K; as brightness decreases during dimming, the light colour drops to 2,700 K. The unique LED ceiling light Box Comfort is a light creation of the manufacturer Bopp Leuchten. Since 1912, the traditional company with headquarters in the Odenwald has been developing and producing lights of the highest quality, which are characterised by first-class workmanship. All lights of the renowned manufacturer are produced in Germany. Energy efficiency class:A+