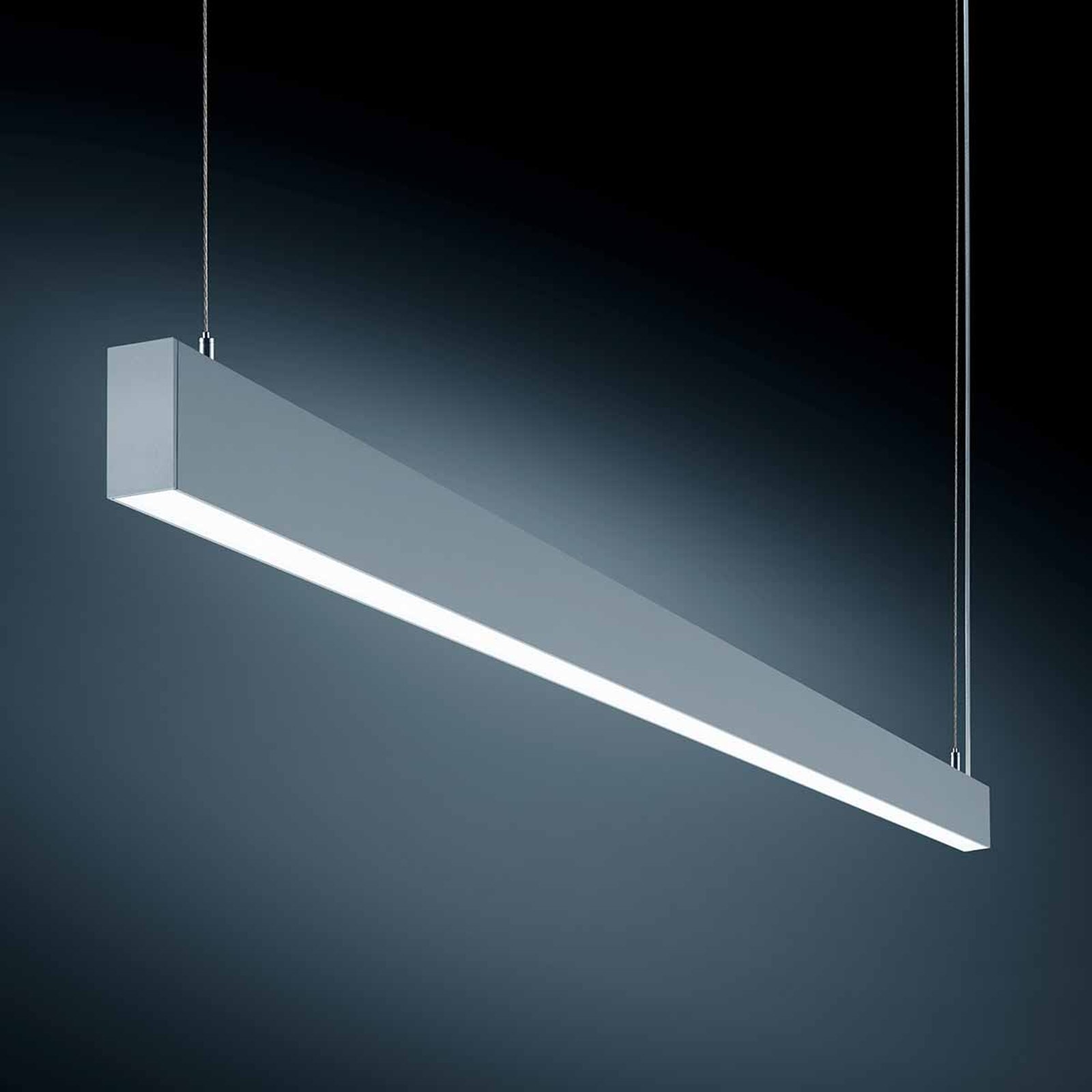 LED pendant light S55: Slim and powerful The S55 LED pendant luminaire presents itself very slim on the outside and surprises on the inside with state-of-the-art, powerful LED technology: with a strong luminous flux of 4,650 lumens at a power consumption of only 37 watts, the luminaire is very efficient. The work surface is homogeneously illuminated by the direct LED light and the indirect light provides pleasant room illumination. 45.4% of the light is emitted directly and 54.6% indirectly. Thanks to the prismatic design of the diffuser, the S 55 LED pendant luminaire provides standard-compliant screen workstation lighting (UGRThe luminaire, which is manufactured in Germany, is visually impressive thanks to its reduced design in silver-grey (similar to RAL 9006) and adds a touch of sparkle to any office. Energy efficiency class:A+