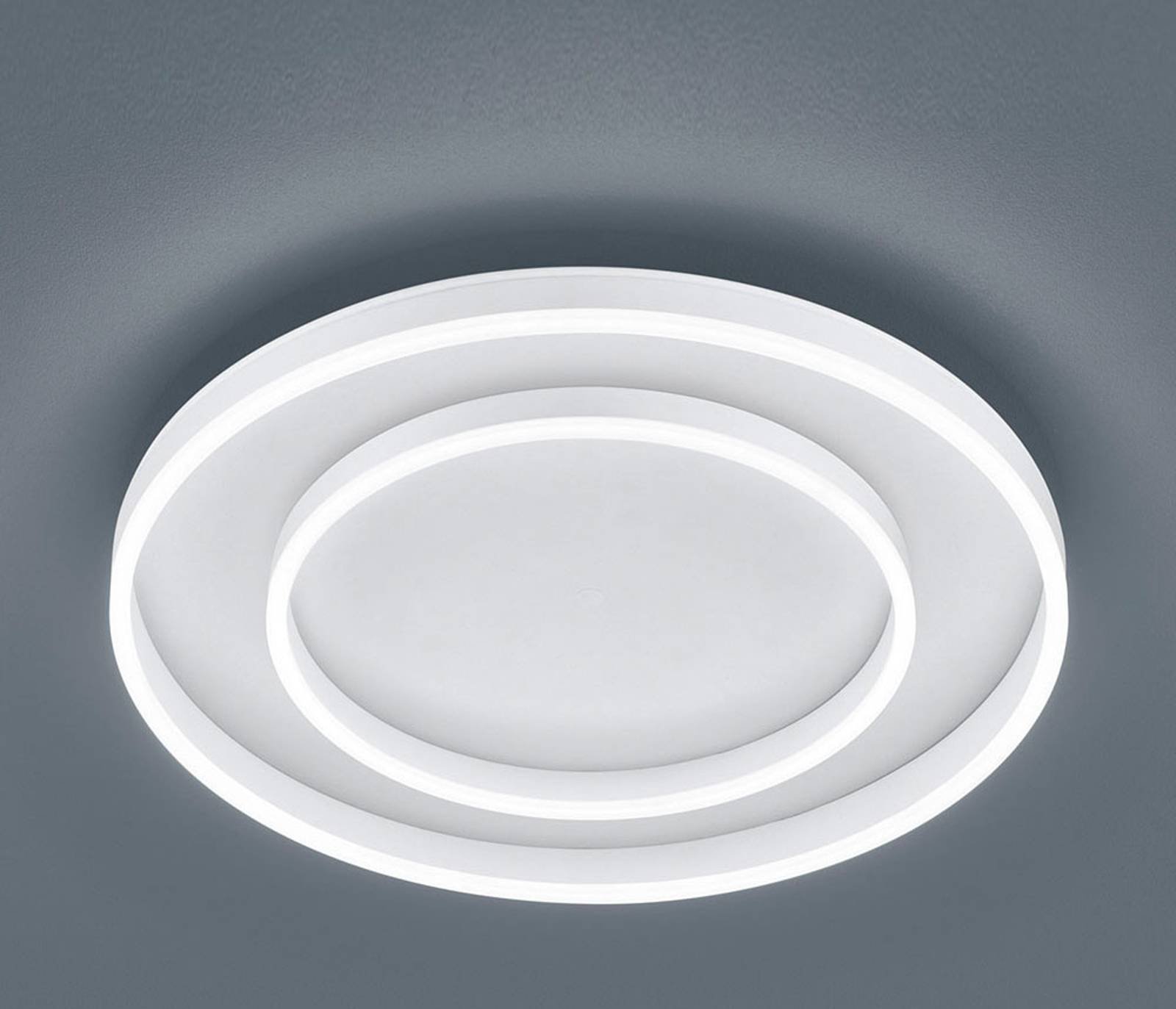 White LED ceiling light Sona high light output Its size and its use of powerful LEDs, which are built into the two rings mounted on the flat ceiling plate behind satinized covers, make the Sona LED ceiling light an effective light source to ensure the general lighting of a large room. The bright but pleasantly warm white light of the integrated LEDs can be dimmed, so that the luminaire can also provide a cosy and subdued light in the evening for a cosy get-together or watching television. A leading-edge or trailing-edge phase dimmer is required for this. Energy efficiency class:A+