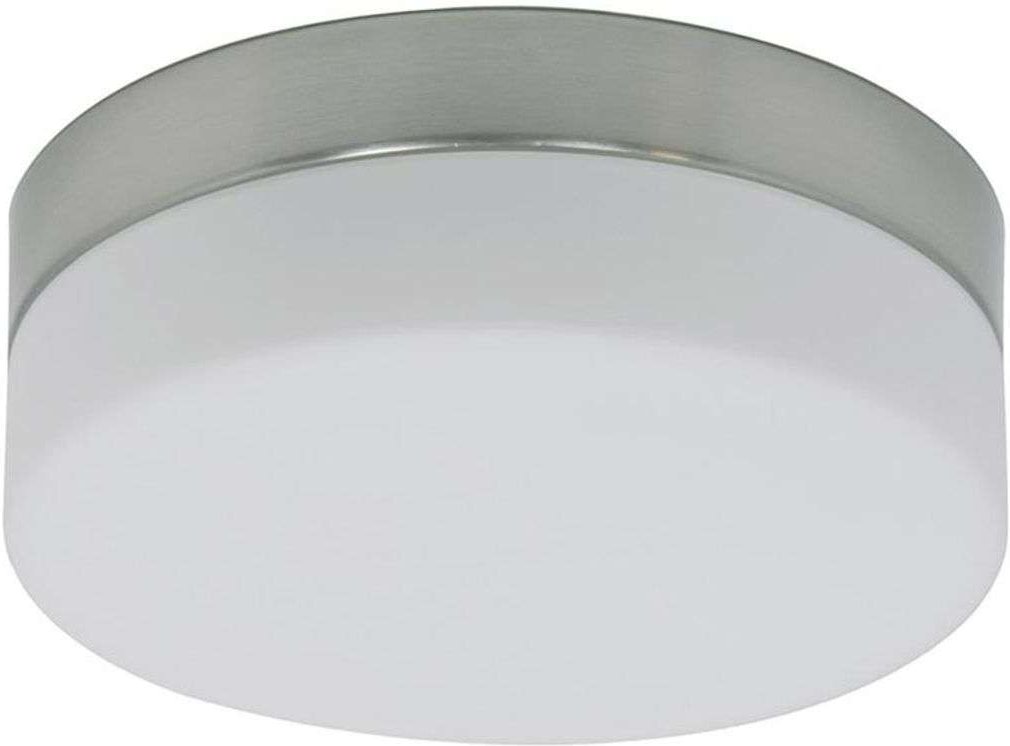 Timeless and dimmable LED ceiling light Babylon The round LED ceiling light Babylon captivates with a simple design which is universal in its use. It consists of a silver ceiling canopy and a lampshade made of white glass beneath it. Due to its simple construction, it is suitable for a wide variety of interior design styles and can be used as an effective light fitting. The lampshade provides glare-free and even illumination of the room. Babylon can be installed either on the ceiling or on the wall. An installation of a number of lights in a row is also possible if it is a larger room. A positive feature is the dimming function, whereby four different levels of brightness can be set by operating the wall switch several times. Due to the IP code IP44, the LED ceiling light is intended for use in the bathroom, as the light is protected against dust and spray water. Energy efficiency class:A+