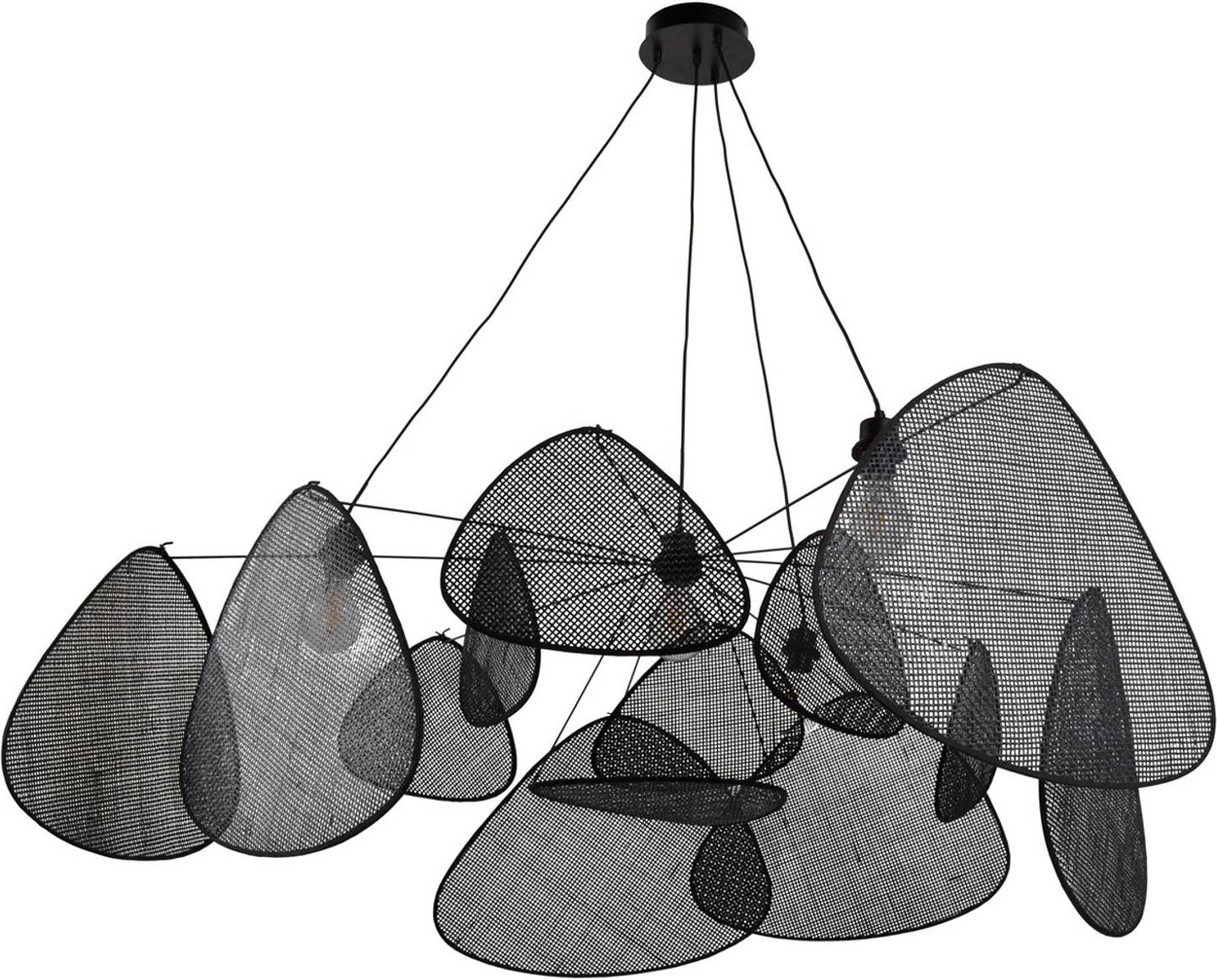 Overhanging pendant luminaire Screen - eye-catcher for large rooms Due to its size, the Screen pendant lamp with its unusual design by MARKET SET is particularly suitable for larger rooms, such as living rooms in the private sphere as well as reception and conference rooms in the business environment. The 13 different sized shades are united by the same shape and structure: All shades look like rounded triangles and are designed in a weave pattern. The shades are illuminated by a total of four lamps. The braided pattern creates a fascinating play of light and shadow in the surroundings. Behind MARKET SET is a young designer pool of the company Corep SAS from Bègles in France. In 2016, Corep Lighting took over the company, which has been based in Bègles since 1970. Every year, a new collection is now created in the usual excellent product quality with inspiring, innovative designs. Energy efficiency class:A++