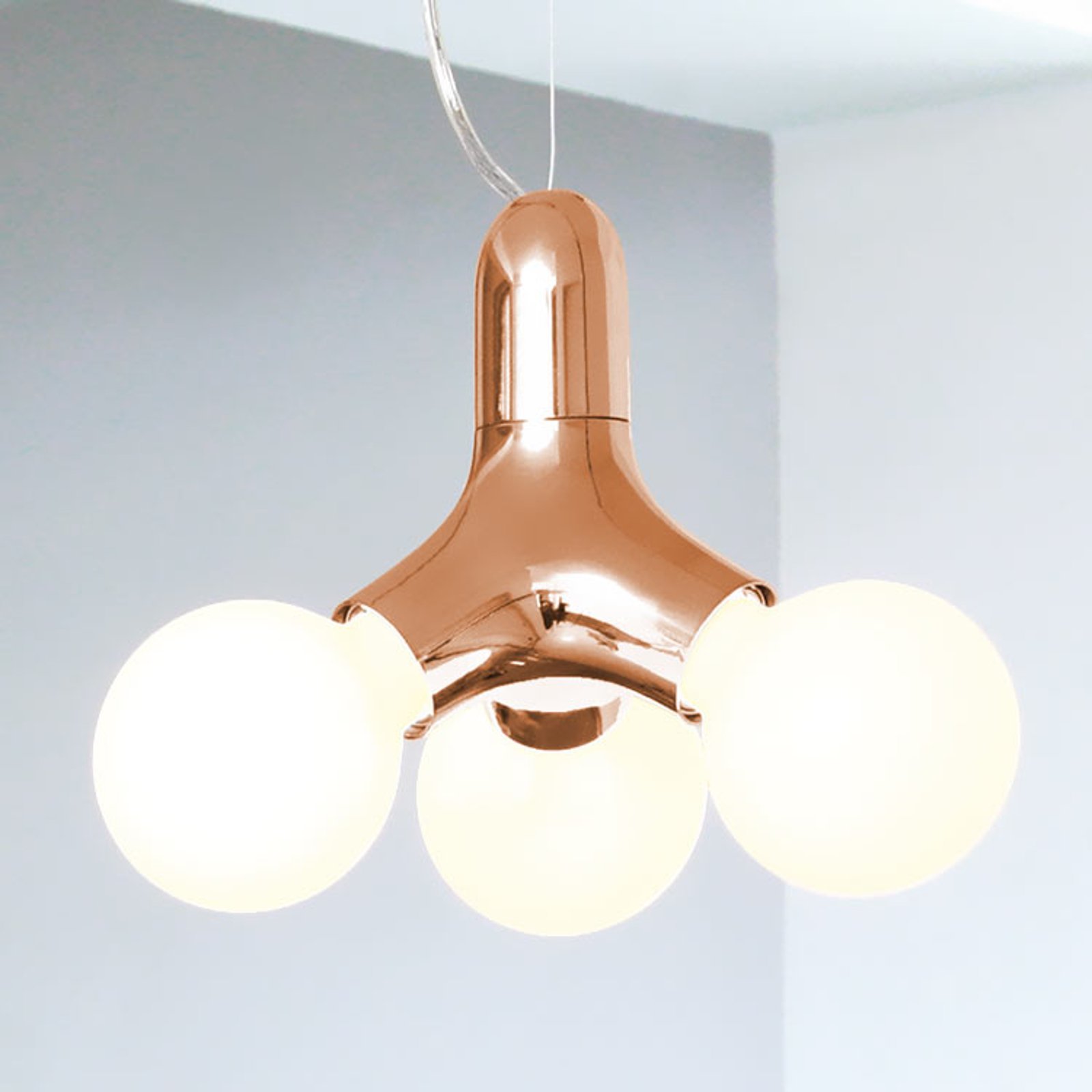 Designer hanging light DNA Single - made in Germany It is clear from the name and shape of the light that the designers Hopf and Wortmann based this series of lights on the structural model of a DNA molecule. The model DNA Single is the smallest model in the series of hanging lights and consists of three “atoms”, which are represented by globe bulbs (not included). The designer light manages without lampshades, which means that you should pay particular attention to the choice of light bulbs, so that they go with the light visually. DNA Single is a light from the product range of the Cologne-based designer lighting manufacturer next, which develops “light cast into shape”, according to its own information. You can find an unusual design in all the lights from this manufacturer, like in DNA, of course. In addition to the design, the lights from next impress people with their “Made in Germany” seal of quality; they are made in the company’s own production facility in Cologne. Energy efficiency class:A++